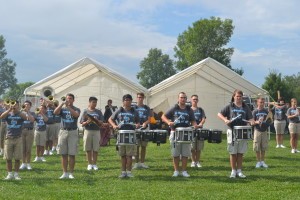 Fairborn High School Marching Band at the opening ceremonies of the 2015 Fairborn Sweet Corn Festival. They played a selection of songs including our National Anthem during the flag raising. 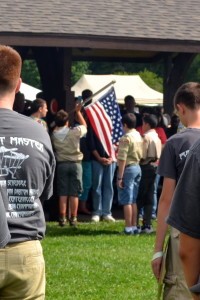 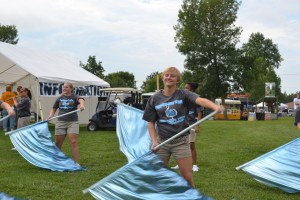 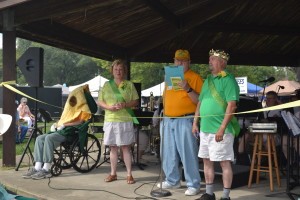 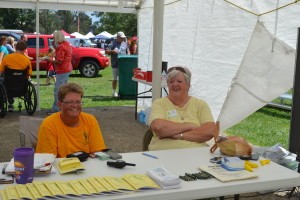 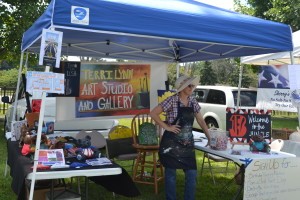 F.A.A. Member Terri Lynn at her booth during the Festival. The Festival strives to emphasize education to the public.

On August 15 & 16, the 34th Annual Fairborn Sweet Corn Festival was held at Fairborn Community Park. The Festival is the fundraiser for Fairborn Art Association and the Fairborn Lion’s Club. Both non-profit organizations use the proceeds of the Festival to fund their charitable activities. F.A.A. funds scholarships for college bound high school seniors who intend to pursue an art major, as well as its ongoing operations.

The Festival is a highlight for the Fairborn Community. There were 120+ booths from local and regional vendors who brought their handmade craft and art items for sale.  A variety of food items were available including fresh cut cold watermelon and fresh sweet corn steamed with steam supplied by a 1918 steam engine.  Free admission and free entertainment are among the reasons to attend. Numerous children’s activities including pony rides, face painting, the Big Bounce and games keep kids entertained. A Volksmarch and the Corn Eating Contest are also popular events held during the Festival. The Festival website :www.fairbornsweetcornfestival.org